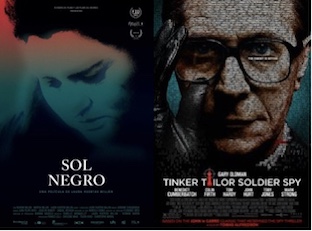 A quiet month for me, cinematically speaking. In the end I didn’t watch any of the FICUNAM films I mentioned last month – Sol negro (only 45 minutes long, so mid-length rather than a feature) was part of a collection of films from FICCI (Cartagena International Film Festival). Festival Scope currently has a selection of (free to view) documentaries from Cinéma du réel (available until 16th April). UPDATE (June 2017): Sol negro has been added to the Doc Alliance platform.

The only other thing I watched was a mini documentary series, Czech Film Avant-Garde (Libor Nemeškal, 2017) – subtitled and uploaded to YouTube by its writer/director. The individual episodes are each around 10 minutes.

If you subscribe to Mubi in the UK, I recommend Silence (Pat Collins, 2012). It was one of the first films that I reviewed for Eye for Film: ‘In the absence of a ‘proper’ narrative, Silence is difficult to define – like silence itself, it exists in the interstices, in this case between fiction and documentary, as a film about the search for an absence that is shaped by incontrovertible presence. But the film is well worth the effort of tuning into its wavelength.’