As I mentioned in a previous post, I’ve been specifically focussed on documentaries for a while in relation to my otro cine español project, but I have also wandered off course to watch a wider range of documentaries and essay films than I might have done in the past. There’s an idea brewing in my mind in relation to the Spanish docs, so I thought that with this post I’d take a brief look at some of the other documentaries that I’ve seen this year.
In addition to writing about Ciutat Morta (Xavier Artigas and Xapo Ortega, 2014) and La danza del hipocampo/ The Dance of the Memory (Gabriela Domínguez Ruvalcaba, 2014) on the old site, I’ve also reviewed a fair few documentaries at Eye for Film so far this year: Arraianos (Eloy Enciso, 2012); Burden of Peace (Joey Boink and Sander Wirken, 2014); Dancing in Jaffa (Hilla Medalia, 2013); The First Film (David Wilkinson, 2015); Humano (Alan Stivelman, 2013); The Iron Ministry (JP Sniadecki, 2014); Life is Sacred (Andreas Dalsgaard, 2014); N-VI Vanishing Roads (Pela del Álamo, 2012); No Land’s Song (Ayat Najafi, 2014); Precinct Seven Five (Tiller Russell, 2014); Prophet’s Prey (Amy Berg, 2014); and Vikingland (Xurxo Chirro, 2011). Most of the reviews that I write for Eye for Film are for films showing at festivals so – because I don’t often review ‘new releases’ and because the focus of the old site was exclusively Spanish – I generally haven’t written about (apart from handwritten notes in a notebook) the ones I watch in other circumstances (y’know, for fun).
There have been a number of new documentaries released this year that I haven’t managed to see yet. Those that spring immediately to mind are Maidan (Sergei Loznitsa, 2014), Dreamcatcher (Kim Longinotto, 2015), Best of Enemies (Morgan Neville and Robert Gordon, 2015) and Albert Maysles’s final film, In Transit (2015). But of the ones I have seen so far this year (new and newish), here are some of the standouts (listed in alphabetical order): 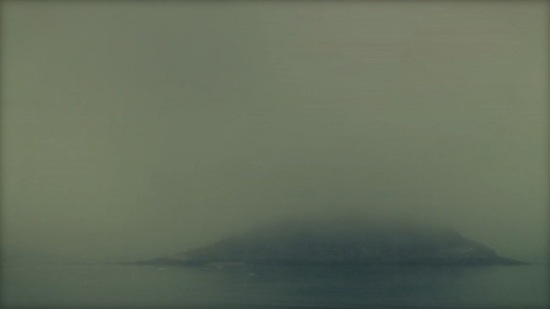 Branka (Mikel Zatarain, 2013) – Opening with an epigraph from John Donne’s ‘No Man is an Island’, Branka (the name of a still-publishing magazine founded by exiled Basques in Belgium in the 1960s – a piece of information I gleaned from this in-depth interview with Zatarain over at Desistfilm) consists of 27 minutes of a static camera shot of an island dis/appearing in and out of the mist on a seascape that is for the most part indistinguishable from the sky. The day passes and night falls with the island illuminated by lightning and domestic lights before disappearing back into the mist. Zatarain creates a soundscape that merges domestic and street sounds with a political edge (news reports and chants from a march calling for amnesty for political prisoners) – the audio is less tranquil than the visuals – alongside the sound of the sea. Part of a triptych about Basque society and the ethics / poetry of the image (poética = poetic, ética = ethics), the film is viewable for free online (along with several others of Zatarain’s films) in a collection – La (po)ética de la imagen – at margenes.org.

Il Gesto Delle Mani / Hand Gestures (Francesco Clerici, 2015) – The process from beginning to end – from wax to glazed bronze, and showing the detailed speciality of each artisan involved – of the making of Velasco Vitali’s famous dog sculptures in the Fonderia Artistica Battaglia, a 100-year old foundry in Milan. The title comes from the epigraph with which the film opens – “Sculpture is not a concept. Sculpture is a hand gesture. In the gesture of the body lays the relationship with the world: the way you see it, the way you feel it, the way you own it” (Giacomo Manzù (1908-1991), sculptor). There is no voiceover and only minimal verbal exchanges between the people onscreen – it is all about the craft. It is a genuine privilege to watch such craftsmanship up close and I found this a fascinating and riveting film. Trailer.

Jet Lag (Eloy Domínguez Serén, 2014) – Described by the director as ‘the chronicle of the film that could never, or never wanted to be’, the film was supposed to be a portrait of people working unsocial hours late at night. But in the process of making the film, the filmmakers found themselves inserted into it as well because over the course of four nights circumstances caused a camaraderie to build between them and their ostensible subject, the manager of an all-night petrol station. The film captures the natural development of this happening, starting off with the sideways glances that implicitly acknowledge the camera’s presence and gradually moving on to more involved conversations between people in front and behind the camera. 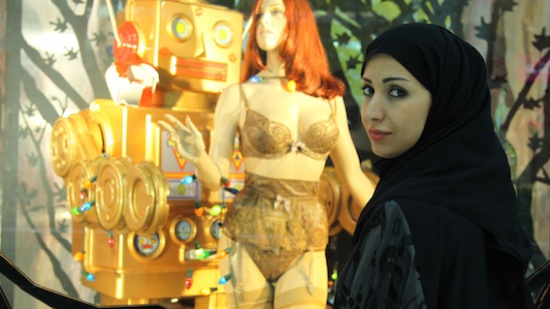 Life May Be (Mark Cousins and Mania Akbari, 2014) – Some films just set your neurons firing. An exchange of letters in the form of short films sent between Mark Cousins and Mania Akbari as they discuss art, identity, the body, cinema, and exile. I watched this as a rental (it’s available in the UK on GooglePlay and iTunes) and then immediately bought a permanent download. Then I bought the only one of Akbari’s films that’s available here – One. Two. One. (2011) (the release of which by SecondRun DVD was the initial connection between the two filmmakers because Cousins was asked to contribute an essay, which in turn became the starting point for this film) – and Abbas Kiarostami’s Ten (which I’ve never seen, but Akbari is the lead) because I want to know more about her and where she’s coming from. I intend to return to this one because parts of it have burrowed into my head – but I need to watch the other Akbari films first.

National Gallery (Frederick Wiseman, 2014) – With no sign of this appearing in my home city (although it did turn up a few weeks later), I went to Edinburgh in order to see National Gallery in a cinema because I felt sure that the paintings would need to be seen on as large a scale as possible. Wiseman’s film is about the National Gallery as an institution and all of the facets of what that entails – the economics of the place, bureaucracy, the institution as a brand (the struggle between being a national, public space and yet apparently not wanting to appeal to the lowest common denominator), education, conservation, curatorship, craftsmanship, art history, the interpretation of art, and the act of looking. If art can encompass everything, this film attempts to do likewise and to consider the place from every possible angle. My favourite bits were probably the ‘inner workings’-type segments showing restoration, conservation, and craftsmanship (for example, the making of the picture frames would not ordinarily be part of the public discussion / consideration of art, and yet it clearly has an impact on how the art is seen), but it is also a joy to listen to experts enthuse about their respective specialisms. 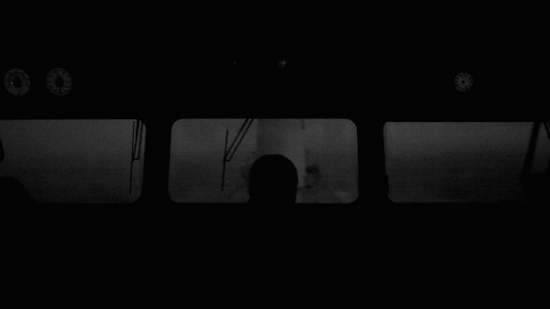 Transatlantique / Transatlantic (Félix Dufour-Laperrière, 2014) – Black and white. Dialogue free. A dream-like travelogue of a cargo ship’s transatlantic journey between Antwerp and Montreal. I know that I will get another chance to see this later in the year, so I will write about it in more detail then.

Vivan las Antipodas! (Victor Kossakovsky, 2011) – This was recommended to me by Eye for Film editor Amber Wilkinson a while back but I didn’t get the chance to see it until Doc Alliance had an online season of Kossakovsky’s films (the film is still available as VOD on their site and I also recommend The Belovs (1992)). Setting up a series of contrasts between the landscapes, textures, and ways of life on opposite points on the globe (Argentina / China, Spain / New Zealand, Chile / Russia, Botswana / Hawaii), this visually dynamic film is a feast for the eyes – the juxtaposition of music and movement makes it seem like the camera dances in certain sequences while in others Kossakovsky puts the world on its head.