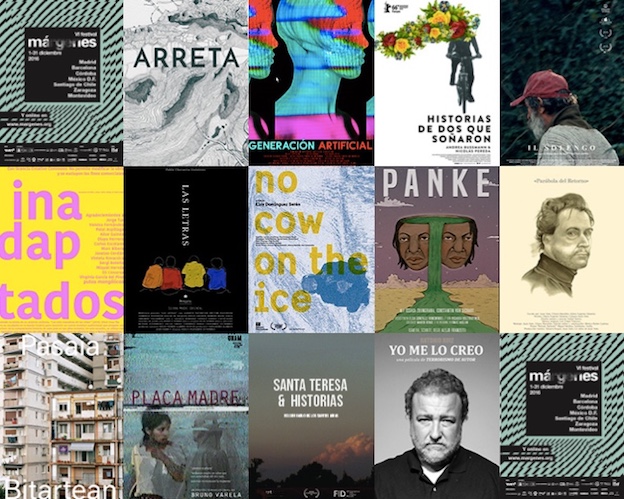 I have previously written about the 4th and 5th editions of this Spanish online festival. Specifically dedicated to films – from the Iberian Peninsula (Spain and Portugal) and Ibero-America (Spanish and Portuguese-speaking Latin American countries) – whose form, style, or duration mean that they will struggle to access the normal distribution routes or obtain a commercial release, Márgenes initially takes place in key cities in Spain, Mexico, Chile and Uruguay at the start of December, before moving online during the second half of the month. Documentaries and experimental films tend to dominate the selection.
The online side of the festival makes the films free to view. Sometimes there are rights restrictions on specific titles in certain countries – at the moment Generación Artificial and Santa Teresa y otras historias aren’t visible to me, but I don’t know if that’s a rights issue or just a glitch on the website. Films that aren’t in Spanish tend to have Spanish subtitles, but in past years the majority of the Spanish-language films have had English subtitles. The subtitles aren’t listed on the website – I’ve put a * next to the trailer links below where the festival has used a trailer with English subtitles[UPDATE: this hasn’t been a good indicator this time around]. But given that the films are free to view, you aren’t going to lose anything by starting a film to see whether subtitles appear. I never manage to watch everything, but I will update this post to indicate the presence of subtitles on any films I watch [UPDATE: I’ve watched two and looked at a third – I’ve added the subtitle info below].
The previous editions I’ve explored have revealed gems such as África 815 (Pilar Monsell, 2014), El gran vuelo / The Great Flight (Carolina Astudillo, 2014), and La sombra (Javier Olivera, 2015) (the latter was my favourite in last year’s festival). I can recommend No Cow on the Ice (I reviewed it earlier this year) and personally will be aiming to at least catch Pasaia bitartean, Santa Teresa y otras historias (if it’s available), and Las letras (on the basis that I’ve read positive things about them in relation to other film festivals). The festival announced its prizes yesterday – I’ve marked the winners below as well.
This is the line-up of titles in the 2016 official selection (clicking on the title will take you to the streaming page for that film):

The Márgenes Festival 2016 also includes a retrospective of the work of Lluís Escartín, titled ‘no tengo nada que decir, prefiero escuchar. 30 años documentando lo invisible‘ [I don’t have anything to say, I prefer to listen: 30 years documenting the invisible], and a cycle dedicated to Chilean director José Luis Torres Leiva, ‘Un lugar en el mundo‘ [A place in the world] – they are likewise free to view online until 31st December. 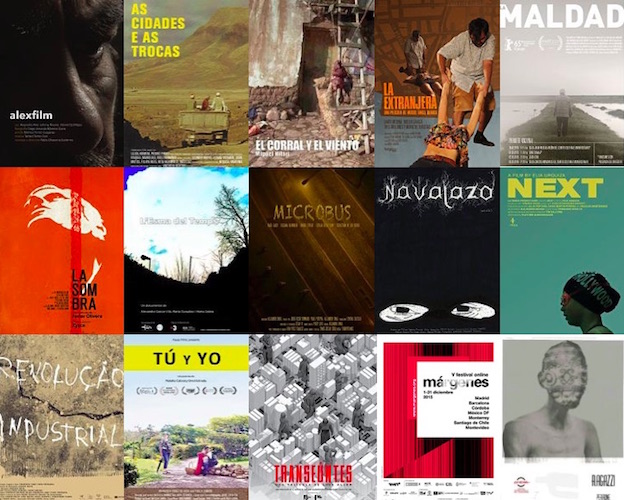 The first online festival in Spain specifically dedicated to films without a commercial release or without access to the normal methods of distribution, Festival Márgenes is now in its fifth year and continues to celebrate and support filmmakers and films committed to offering alternative perspectives on both cinema and society. The full list of criteria that the films have to meet can be found here – but essentially they have to be more than 40 minutes long, to have not been distributed, and to originate from a specific set of countries (Argentina, Bolivia, Brazil, Chile, Colombia, Costa Rica, Cuba, Dominican Republic, Ecuador, El Salvador, Guatemala, Honduras, México, Nicaragua, Panama, Paraguay, Peru, Portugal, Puerto Rico, Spain, Uruguay and Venezuela). The films can be of any genre, although it’s noticeable that documentaries tend to feature strongly.
The festival takes place in cinemas in Madrid, Monterrey, Barcelona, Montevideo, Córdoba, México DF, and Santiago de Chile from the 3rd December and then moves online from the 13th until the 31st. The films are all available to stream for free (although there are a couple that aren’t viewable outside of specified locations – noted below). There are Spanish subtitles on films that aren’t in Spanish, but as far as I’m aware there are no English subtitles this year. But even if your Spanish is rudimentary, I’d encourage you to give it a go – a) because cinema communicates through visuals (and non-verbal sound) at least as much as it does through verbal interactions, b) you have the chance to watch some films that you possibly won’t encounter elsewhere.
I haven’t had time to start watching the 2015 selection yet, but I wrote about the 4th edition last year and saw several films that I really liked – namely África 815 (Pilar Monsell, 2014) [UPDATE Oct 2016: the film is available to rent on the Márgenes VOD platform – there’s no indication whether subtitles are included], El gran vuelo / The Great Flight (Carolina Astudillo, 2014) [UPDATE Oct 2016: also available to rent – likewise, no indication of subtitles], and Propaganda (Colectivo MAFI, 2014). Hopefully I’ll manage to watch more this year. The festival prizes have already been awarded (indicated below – but see the website for full details / jury citations and the breakdown of what the prizes entail), so I will prioritise those titles but I also want to see Revolução Industrial [Industrial Revolution] (which I’m sure I read about last year in relation to other festivals), Transeúntes (which was recently at the Seville Film Festival), and the special bonus film (not part of the competition) Ragazzi (Raúl Perrone, 2014) – I saw Perrone’s Favula in Barcelona earlier in the year (my review) and would like to see if his other films maintain the fevered rarity of that one. So basically I need more hours in the day between now and the end of the year.
It’s also worth pointing out that Márgenes has its own VOD catalogue outside of the festival – a mixture of shorts and features (some viewable for free, others pay-per-view for a modest fee) and all at the more original and idiosyncratic end of Spanish production, including several films I’ve written about previously (for example, Edificio España (Víctor Moreno, 2013) and Branka (Mikel Zatarain, 2013)).

Anyway, the full list of films in the 2015 official selection is below – clicking on the title will take you to the streaming page for that film. I will post something further when I’ve managed to watch some of the films. UPDATE (28/12/15): I’ve started watching the films and will add * next to the title if I find that they have English subtitles (note: I’m only going to have time to watch a few, so if you’re interested I suggest that you try streaming them to see whether subtitles appear). UPDATE (Oct 2016): several of the films from this collection are now available to rent on the Márgenes VOD platform – note that subtitles aren’t mentioned, although that doesn’t necessarily mean that there aren’t any (that was also the case during the festival period and all of the ones that I watched had subs).