I went to Edinburgh for the day at the weekend in order to catch two documentary films with Spanish connections at the Edinburgh International Film Festival: Hamada (Eloy Domínguez Serén, 2018) and La ciudad oculta / The Hidden City (Víctor Moreno, 2018). I’m not going to write about the latter at the moment (I would need to see it again first) – although I would recommend it, if you get the chance to see it (an immersive non-narrative experience into the underground world beneath Madrid, it put me in mind of both Dead Slow Ahead (Mauro Herce, 2015) and Alien (Ridley Scott, 1979)).

Hamada is not technically a Spanish film (although the documentary’s subject matter relates to Spain’s colonial past), but Eloy Domínguez Serén is one of the Galician filmmakers whose work I have written about previously – and I’ll be looking out for his name in the future because this is a gem of a film. My Eye for Film review of Hamada can be found here.

Mataharis is one of the films playing at EIFF as part of their Icíar Bollaín retrospective. My review for Eye for Film is here. 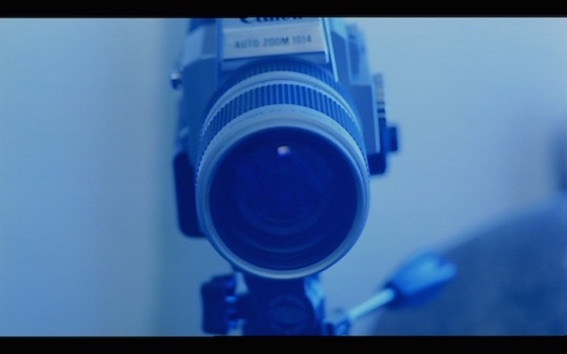 I’ve written about the film on here before, but I’ve now written a review for Eye for Film in relation to Arrebato‘s screening at EIFF 2019. The ***** review is here.

EIFF 2019 runs 19th – 30th June, and earlier this week they announced their full programme. As I’ve previously highlighted, their Country Focus this year is Spain – so having seen the details of the full programme, I thought that I’d pick out five Spanish-related recommendations.

This is on my list of Spanish films from last year that I want to catch up with both because I liked León Siminiani’s previous film (Mapa (2012), which likewise took the director as a central figure within the film, although that was more of a personal narrative), and also because it looks deadpan funny. It is not available on DVD, but it is on Filmin (without subtitles). Ticket details (two screenings). 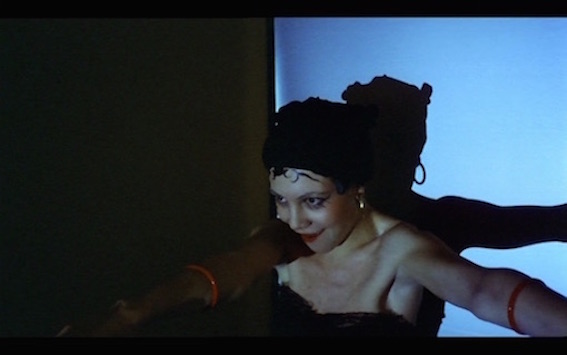 I’ve already made my love for this film clear in the past – I’ve not had the chance to see it on the big screen (and I can’t go to Edinburgh on the day that it’s screening), and would encourage anyone who will be at EIFF to get a ticket NOW. Out of all of the Spanish retrospective titles, this should be your priority. Ticket details (one screening).

I mentioned this one at the end of my 2018 round-up (which mainly detailed things that I hadn’t seen yet). Moreno’s previous film, Edificio España / The Building (2013) (which I wrote about at length here – and also recommend), captured the deconstruction (and intended refurbishment) of a skyscraping monument to Franco – this one appears to be the inverse, as he explores deep underground and the hidden realm under the city of Madrid. Longtime readers will know that I can’t resist films that explore unusual architectural spaces. Ticket details (two screenings).

Yes, I’m cheating here by picking a group of films rather than singling out one. Contrary to my initial impression when they first announced this retrospective, it does look like they are screening all of the feature films directed by Bollaín. I think that Te doy mis ojos / Take My Eyes (2003) is the best encapsulation of her career; it is not an easy watch (characteristically nothing is sugarcoated or simplified neatly to reassure audience expectations), but boasts two outstanding performances from Laia Marull and Luis Tosar. The bulk of Bollaín’s films are available on DVD with subtitles (some of them only as imports from Spain, but some have UK editions) and in those circumstances I tend to prioritise titles that aren’t available (or aren’t available with subtitles in a home viewing format), which in this case would point you to ¿Hola, estás sola? / Hi, Are You Alone? (1995 – Bollaín’s feature debut as a director) and Flores de otro mundo / Flowers from Another World (1999). Collectively the films illustrate Bollaín’s interest in the breadth of female experience, be that in family, love, or work – each film manages to encompass a range of lives and experiences, all looked at with compassion and solidarity. You can find ticket details for individual films by clicking on the titles on this summary page.

The Galician shorts included in the programme are:

I have written about a selection of Galician shorts previously (in relation to Curtocircuito in 2015), and will happily recommend anything that features work by Lois Patiño sight-unseen – unfortunately I won’t be in Edinburgh on the day this programme screens, otherwise this would definitely be something I would attend. Ticket details (one screening). There is also a programme of contemporary Spanish short films, which will undoubtedly also be worth checking out – Spain has a rich culture of short filmmaking, and you can frequently encounter genuine innovation and experimentation within shorts in a way that doesn’t necessarily often get seen in relation to features.

I will be reviewing a few of the Spanish films for Eye for Film (I seem to own most of the retrospective titles on DVD), so expect further posts on Spanish films at EIFF next month.

I spotted via Eye for Film the announcement that the Edinburgh International Film Festival’s 2019 Country Focus (a recurring strand of the festival’s programme) will be Spain. What they’ve announced so far is the retrospective part of the strand: an overview of ‘modern Spanish cinema’; a selection of ‘cult Spanish cinema’; and a filmmaker retrospective of Icíar Bollaín.

Bollaín is based in Edinburgh, so that element kind of makes sense. I like a lot of her films (I haven’t seen the two most recent ones), and I admire her commitment to exploring social issues through cinema, and her recurrent focus on the lives of women in varying circumstances. It’s a little strange that they don’t seem to be screening Te doy mis ojos / Take My Eyes (2003); it is effectively an encapsulation of her interests and cinematic style. Personally, I think that it’s her strongest film. But, that said, perhaps it is relatively well known and they’re aiming to highlight films that haven’t had distribution over here (although También la lluvia / Even the Rain (2010) and El Olivo / The Olive Tree (2016) are included)? I would recommend Flores de otro mundo / Flowers of Another World (1999), Even the Rain, and En tierra extraña / In a Foreign Land (2014) if you get the chance to see them.

Voyeurism connects the three cult titles (‘home movies’ / the terrible lure of the camera is another strong link between two of them). Arrebato (Zulueta, 1980) is the lesser-known in the UK (the other two are both available on UK DVD) and is definitely worth checking out if you get the opportunity (I’ve written about the spellbinding nature of Zulueta’s film maudit previously).

But ‘the retrospective celebration of modern Spanish cinema’ is just…odd. I don’t mind the films individually – although I was among the minority that didn’t overly like La piel que habito / The Skin I Live In (Almodóvar, 2011) – but they are not collectively a good illustration of ‘modern Spanish cinema’ in its actual diversity (yes, the selected films span multiple genres, but that isn’t what I mean by cinematic diversity – i.e. a range of voices, styles, and budgets). ‘[S]ome of the finest Spanish cinema of recent times’ is making that ‘some’ do a lot of heavy lifting. ‘Films that have been nominated for Goyas in the last decade’, perhaps. Putting Tarde para la ira / The Fury of a Patient Man (Arévalo, 2016) to one side because I still haven’t watched it (aiming to over Christmas) and I have only heard good things about it, I think that there are more interesting, distinctive, and/or innovative films that have been made in Spain in the last decade (off the top of my head, Diamond Flash (Vermut, 2011), L’accademia della muse / The Academy of Muses (Guerin, 2015), De tu ventana a la mía / Chrysalis (Ortíz, 2012), many films within the Novo Cinema Galego, El Futuro / The Future (López Carrasco, 2013), La distancia / The Distance (Caballero, 2014), Dead Slow Ahead (Herce, 2015), for starters). Those films might not be for everyone (I’m wracking my brains trying to think of a ‘recent’ Spanish film I’ve liked that’s had an A-to-B-to-C style narrative structure, or otherwise been a box-office smash, so I accept that the films that interest me tend to be outside of the mainstream [although not exclusively]) but innovation and different perspectives should be celebrated alongside mainstream commercial cinema, especially at film festivals.