I completely missed Festival Márgenes last year. I don’t remember exactly how that happened – it either took place earlier than previous years (I have a vague recollection of finding out after it was over), or it coincided with me having norovirus (which I have pretty successfully blocked from my memory, but it occurred at the same time of the year). Either way, I missed something that has been an annual event on the blog since 2014 – and I have always previously found something to spark my interest, that I might not have otherwise encountered.

The festival focuses on films without theatrical distribution (a lot of the films are documentaries and there are usually quite a few medium-length films included), made on the margins (or outside) of existing film industries in the Iberian Peninsula (Spain and Portugal) and Ibero-America (Spanish and Portuguese-speaking Latin American countries). You can find an extended explanation / mission statement for the festival, here. I would characterise them as being interested in the world as it is and as it might be, openly seeking innovative forms of representation and expression, and shining a light on lives off the cinematic beaten track. A lot of the films that I’ve previously watched via Festival Márgenes feel personal to the filmmaker, like this is something that they have wanted or needed – or felt compelled – to explore and share in a visual format. Personal and collective histories have been a recurrent theme in those earlier films (although it could simply be that those were the ones that caught my attention because I’m interested in the interweaving of history and memory).

The festival’s programme is divided into several sections and takes place both online and in cinemas in Madrid. The online part – free to view, and taking place between 20th November and 8th December – focuses on the ‘Sección oficial‘. The festival summarises the selection as ‘Catorce películas de siete nacionalidades distintas que comparten un espíritu de profunda libertad y búsqueda incesante abordado desde preceptos muy dispares’ (Fourteen films of seven different nationalities, sharing a spirit of profound freedom and relentless searching approached via very disparate precepts). The films included are (links take you to the relevant streaming page – you need to register with the site to get started once the festival is live):

The films sometimes have restrictions as to which countries they can be viewed in, and they won’t necessarily have English subtitles (some have in the past). The answer re: subtitles will become apparent once the festival begins. If you speak any Spanish at all, it’s worth taking a chance anyway (and the non-Spanish language films usually have Castilian subtitles) – it doesn’t cost you anything, so you have nothing to lose, and you’ll watch something that’s unlikely to make it to a screen near you. I will be intending to at least catch the films by Xurxo Chirro (who I have previously interviewed in relation to his film Vikingland (2011)) and Affonso Uchoa.

I’ve written about each edition of Festival Márgenes since 2014, usually in the form of an overview but sometimes going into a bit of detail about films I’ve particularly liked (click on the year for the relevant post: 2014, 2015, 2016). The festival focuses on films without distribution, made on the margins (or outside) of existing film industries in the Iberian Peninsula (Spain and Portugal) and Ibero-America (Spanish and Portuguese-speaking Latin American countries). Standouts from previous editions include África 815 (Pilar Monsell, 2014), El gran vuelo (Carolina Astudillo, 2014), La sombra (Javier Olivera, 2015), No Cow on the Ice (Eloy Domínguez Serén, 2015), and Pasaia bitartean (Irati Gorostidi, 2016).

The films included in the 2017 edition (links take you to the relevant streaming page – you need to register with the site to get started):

The Luis Ospina retrospective includes 20 films (shorts and features), also free to view. No indication is given about subtitles, but generally those films not in Spanish have (Castillian) Spanish subtitles and often a lot of the Spanish-language films have English subtitles – but as I’ve said in relation to previous editions, they’re all free to view, so it won’t cost you anything to just click on one and see if subtitles appear.

As I mentioned in my post yesterday, I’m intending to watch the films by Gabriel Azorín, María Cañas, and Luis Macías as a starting point. But my experience of Festival Márgenes is that they always have a really strong line-up – I usually only manage to watch a handful of films from a given edition but I’ve never watched a dud – so although some of the films might not be your kind of thing, you should be able to find something interesting that you would not otherwise get the chance to see. 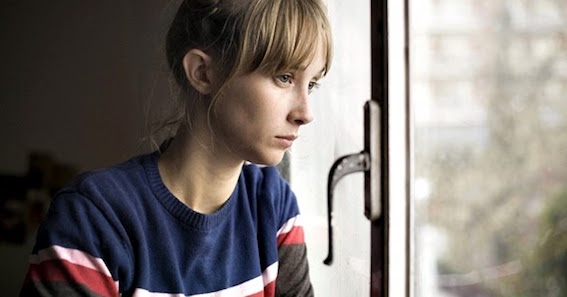 Desistfilm‘s 10th issue – titled ‘From the Pixel to the Glitch: Foundation, materiality and fictions’ – has arrived online today. It’s an exploration of the use of digital media in experimental film or how digital media is used by filmmakers to experiment with different textures and formats. Mónica Delgado (editor of desistfilm) writes that:

In this issue we want to explore about digital media and its variations in experimental cinema as variations of this media. How can digital texture open new paths in cinema opposed to analog cinema? How are the so called internet artists working the digital media? How about the glitch art or impressionist digital art? But we’re also interested to explore films about certain technologies and their expressions: glitch, memes, gifs, which circulate in Twitter or Facebook… how are they material to talk about youth sensibility in the new century? From intimate drama to wacky horror cinema, digital media from its materiality and virtuality in fiction.

I haven’t had the chance to take a proper look yet but there are four central articles in the dossier and an assortment of other related articles, profiles and interviews throughout the site. There is also a reviews section, which is where my own small contribution can be found. I have reviewed Hermosa juventud / Beautiful Youth (Jaime Rosales, 2014), which doesn’t initially have much to overtly connect it with desistfilm‘s thematic focus but the film undergoes a dramatic stylistic shift about halfway through wherein Rosales adopts an innovative approach to depicting the ‘digital generation’. My review is here.