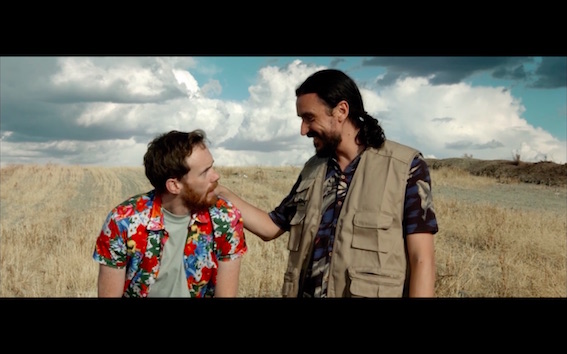 More than 70 shorts were screened in Gijón – films from around the world, in and out of competition. I concentrated on the Spanish ones (for obvious reasons) but even then I didn’t manage to see all of them. In the end I’ve written about some of the ones that were in the Asturian section – I’m not familiar with cinema from the region, so this seemed like a good place to start. If you cast your mind back to my Gijón dispatches, you may remember that I had one evening when I wasn’t well and ended up returning to the hotel rather than going to the final session of the night. That session was for the Asturian films that were in competition, so I’d like to thank Alicia Albares, Roberto F. Canuto, Pablo A. Neila, Kiko and Javier Prada, Pablo Vara, Daniel Vázquez, and Benjamín Villaverde for giving me access to their respective films after the fact. For reasons of space, I could only focus on three of the films in my report, but hopefully I will have the occasion to write about the others in the future. My report can be found over at Eye for Film – here.