Essentially these are my favourite first-time viewings from this year that don’t fit within the 2014/2015 rule that I set for my main list. Some of them – Leviathan and Nostalgia de la luz – are films that I’ve finally caught up with (several years after everyone else), some – El ángel exterminador and Bodas de sangre – were films (that I should have already seen) watched as background viewing in relation to something else but that ended up capturing my attention, and others – Macario and Eden Valley – were part of retrospectives (the Focus on Mexico at EIFF and the ‘For Ever Amber‘ film and photography retro that took place at the Tyneside Cinema and Laing Art Gallery in Newcastle respectively (if the photography exhibition from the latter travels elsewhere, I highly recommend it – I visited it several times)). As ever, I also have quite a large pile of DVDs that I want to catch up with, and in terms of reissues of older films these include several of Second Run’s releases from the past year, El mundo sigue / Life Goes On (Fernando Fernán Gómez, 1965) [reissued in Spain for its 50th Anniversary], more of the Carlos Saura films (honest), plus – inspired by having almost physically walked straight into him while he was shooting his new film on Northumberland Street in Newcastle – I’ve also picked up several Ken Loach films (including Black Jack, Looks and Smiles and Fatherland) that I’ve not seen before.
But here are some of my older favourites watched during 2015… 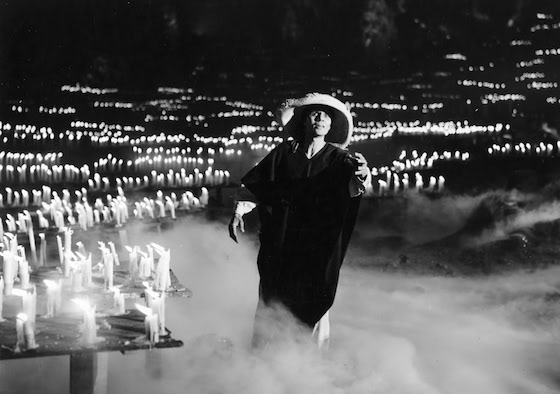 (1) Macario (Roberto Gavaldón, 1960)
[Review] I didn’t know anything about this one before seeing it at the Edinburgh Film Festival back in June but it ended up being my favourite screening of the festival. A cinematic version of magic realism, Gavaldón’s 18th century-set film manages to be fable-like but also surprisingly modern and funny. Gabriel Figueroa’s cinematography is beautiful and the image of a sea of candles representing the whole of humanity is one that I’ll remember for a very long time.

(2) The Taking of Pelham One Two Three (Joseph Sargent, 1974)
Another of the retrospective screenings at EIFF and my other main favourite from the festival. An obvious influence on many subsequent films (as well as being the source of Tarantino’s colourful pseudonyms in Reservoir Dogs) and genuinely edge-of-seat stuff in several key sequences. In Robert Shaw the film has a villain who is utterly committed to his cause and who has a cynical and clear-eyed view on how the authorities will respond. A few dead bodies along the way really doesn’t bother him, which creates a real sense of jeopardy for the nameless hostages – and the fact that we don’t know the real names of anyone on the train (hostage or hostage-taker) means that it’s difficult to gauge who will survive. It’s surprisingly funny (perhaps that should be expected with Walter Matthau in the lead role but it’s too violent to be a straightforward comedy) not least because of how humour is repeatedly used to undercut tension (when the action / standoff gets too nerve-wracking) or undermine pomposity (basically any scenes involving the Mayor). But it’s also used to show up some of Zachary Garber’s (Matthau) more boorish behaviour (as in the reveal that the Japanese visitors understand English perfectly – Garber has the grace to look embarrassed at that point). And Matthau is just perfect.

(3) El ángel exterminador / The Exterminating Angel (Luis Buñuel, 1962)
Yes, I should have seen this before now. I will make an effort to fill in some of the other gaps (or, more accurately, yawning chasms) in my Buñuel viewings in the coming year.

(4) Bodas de sangre / Blood Wedding (Carlos Saura, 1981)
I watched this (without taking notes, which is why I didn’t write it up as part of the Carlos Saura Challenge) because I thought that I would manage to see La Novia (Paula Ortiz, 2015) in Gijón and they’re based on the same Lorca play. Short version: I didn’t see Ortiz’s film. Longer version: I was very taken with Saura’s interpretation, which picks up several of his long-running themes – such as a theatrical ‘reality’ and the idea of performing the self (the sequence from which the above image is taken is a fascinating one because the lines between Gades-the-person, Gades-the-performer, and the role he plays within the production blur before our eyes as he breaks the fourth wall while looking in the mirror applying his performance make-up) – and combines them with Antonio Gades’s choreography to tell Lorca’s story through dance. One that I will revisit as part of CSC – and hopefully I’ll manage to re-kickstart the challenge because I let it go in 2015. 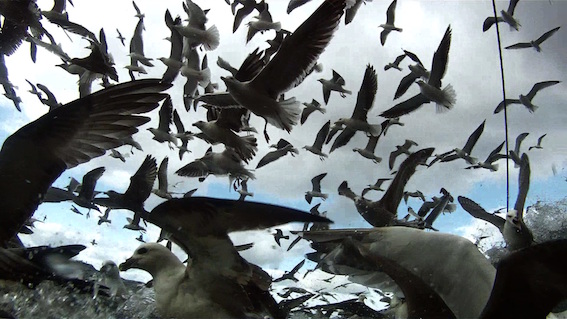 (5) Leviathan (Lucien Castaing-Taylor and Verena Paravel, 2013)
It was starting to get embarrassing that I hadn’t seen this – and I’m sorry that I haven’t managed to see it in a cinema because it is visually astounding. I had been put off by a trailer that gave me the impression that I’d end up with motion sickness, but that wasn’t as pronounced within the film itself (although that’s possibly because I watched it on a small screen). It’s not often that you can say that a film contains sights that you’ve never seen before, but that is the case here – some of it just seems…primordial. I was frequently left wondering “How in the hell did they film that?”. I don’t have my copy to hand, so can’t take a screenshot of my favourite sequences but the birds at night is one standout, as are several of the underwater images. 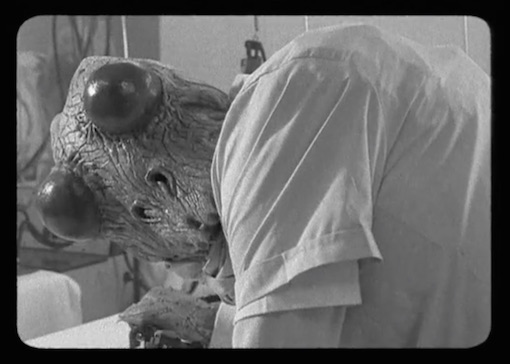 Honourable mentions (alphabetical, * = short): Avant pétalos grillados* (Velasco Broca, 2007) [review] (viewable for free online – no subs but there are only a couple of spoken lines right at the start), The Belovs (Victor Kossakovsky, 1992) [available as VOD at Doc Alliance], Branka* (Mikel Zatarian, 2013) (I wrote about it briefly in this post) [viewable online for free at Márgenes], The Driver (Walter Hill, 1978), Eden Valley (Amber Production Team, 1994) [available to buy on DVD from Amber Films], The Leopard Man (Jacques Tourneur, 1943), Nostalgia de la luz / Nostalgia for the Light (Patricio Guzman, 2010).